Mission.
Our mission.
We believe that education – both in and out of the classroom – is the key to leveling the playing field and creating a phenomenal tomorrow.

From building schools in underserved communities to funding technology training and scholarships, our family’s goal is to facilitate achievers to educational heights that would otherwise be out of reach. We know that a child’s talent is more often bounded by circumstance than ability and endeavor to put educational excellence within reach for the students fighting the hardest to attain it.

We created the Balkhi Foundation as a way to give back to our community and help students who are attaining success despite the obstacles in their way. With the success of our inaugural scholarship program and the launch of our technology training program we aim to continue to expand and provide avenues for dedicated students to learn both in and outside the classroom. 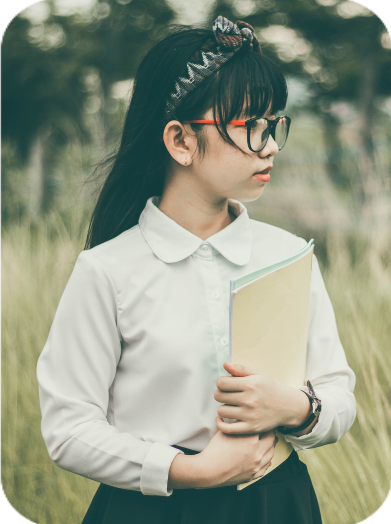 Founders.
With our board,
we bring these goals to life. 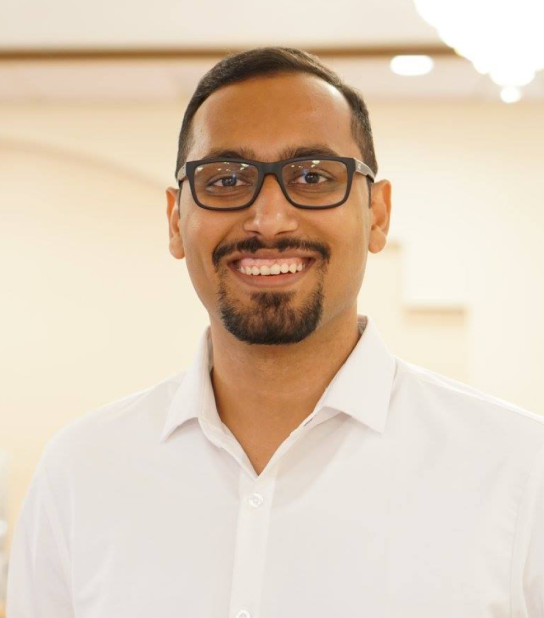 Syed is an award winning entrepreneur who has been recognized as one of the top 100 entrepreneurs under the age of 30 by the United Nations. With a portfolio of online properties aimed at helping small businesses grow and compete with the big guys, including the largest free WordPress resource site, WPBeginner, Syed has a passion for using technology to level the playing field for those who are destined for success. His collection of small business products, including OptinMonster, WPForms, MonsterInsights, and SeedProd currently empower over eight million websites to increase their traffic, email subscribers, and revenue.

Syed started his first business at age seven, selling holiday greeting cards near his childhood home in Karachi, Pakistan. When he expanded operations to selling snacks and drinks to neighborhood children, it was clear that he was an entrepreneur searching for opportunities. At 12 years old, his family immigrated to the United States and Syed faced the unique challenge of being both substantially younger than his high school classmates and trying to learn English at the same time. The frustrations of this led him to use his free time to build web proxies and arcade sites which catapulted him into the world of web directories and web development that would eventually lead to his current success.

It was Syed’s determination to educate himself that led to his success. It is this determination despite adversity that Syed wishes to celebrate with the Balkhi Foundation. By making quality education attainable for underprivileged students, funding advanced technology training for students who are self taught, and providing mentorship to students who display promise despite adversity, Syed hopes to leverage his unique experience to make a difference for the students of today.

Syed has had the privilege of being honored by the University of Florida as an Outstanding Young Alumni, as well as, a three time recipient of the Gator 100 award for rapid business growth. Syed has been honored by the United Nations as one of the top entrepreneurs under age 35 and has received the Safeer E Pakistan award for technology. Syed has also been inducted into the Cricket Hall of Fame in 2017 for his impact in bringing cricket to the United States. 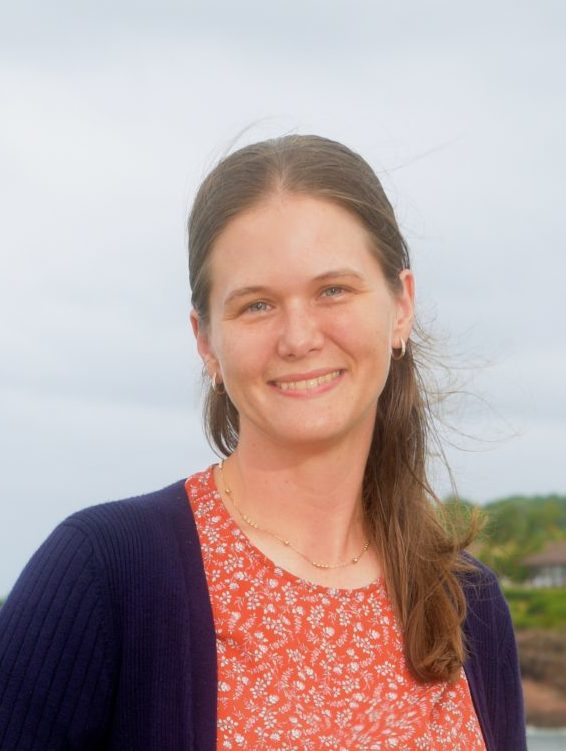 Amanda is a passionate advocate for child health and wellbeing and is the current Executive Director of the Balkhi Foundation. Amanda’s previous scientific publications focus on improving and disseminating effective interventions for the health of children with significant illnesses and their families. During her time at the University of Florida, Amanda led the first study to assess the impact that parents’ online health information seeking has on children with Type 1 Diabetes which provided key insights into the impact that online relationships have on real world caretaking. She also worked with the University of Florida Obsessive Compulsive Disorder Program to codify the Progressive Cascading Model of therapist training thus disseminating a highly effective and scalable model of training for the treatment of Obsessive Compulsive Disorder.

Amanda was born and raised in south Florida and this connection makes her especially proud to be able to bring mentorship and funding to the talented students here. Thanks to extraordinary teachers and mentors, Amanda was able to compete in national robotics competitions against university students and travel the state to compete in French and health science competitions despite being enrolled in an underfunded Title I school. With the support of educators, families, and students, it is Amanda’s goal to bring these opportunities within reach of the talented students throughout Florida that are striving for success. It is her hope to use the lessons learned in academia to partner with schools and students in similar positions to build a culture of mentorship and collaboration that facilitates student success for years to come. 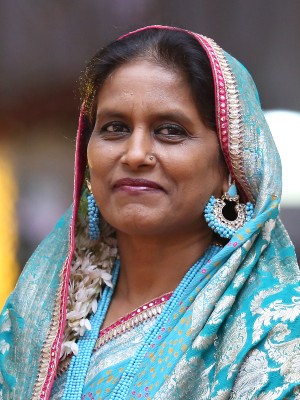 As a mother, Asia knows the impact that family support can have on building pathways to a student’s success. Educated as a teacher in Karachi, Asia has lived her life with the goal of helping her children reach new heights while maintaining ties to the family and community. While at times this meant assigning her children extra homework to do after school lessons or working with instructors to make sure her children were doing their best, she never thought twice about doing what was right to give her children the best chance to excel.

When she immigrated to the United States with three young children, she came to have a deeper appreciation and understanding of the profound impact parents have on building the love of learning that students rely on for years to come. Despite having a significant language barrier, Asia was committed to her children’s success and served as an advocate for their pursuit of knowledge. Her dedication to community persisted as well, whether it was patiently teaching other children to read Arabic or extending her hospitality to others in need, Asia was determined to be a support to those around her. Now as a parent of four children and a grandmother, it is Asia’s commitment to bring her wisdom and experience working with children to the Balkhi Foundation by making the opportunities her children had available to talented students in need. 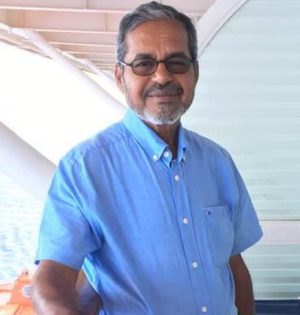 Shahid Ahmed immigrated to USA in 1976 as a graduate student. After finishing his education he taught at various schools and colleges (Lame Dear Public School, Hardin High School, Dull Knife Memorial College, Little Big Horn College) in Montana. He moved to Washington state in 1989 to be a teacher at Central Kitsap High school and taught mathematics. He also was an adjunct mathematics professor at Olympic College in Bremerton WA before retiring to Florida with his wife in 2014. Prior to his retirement, Mr. Ahmed was Montana Mathematics educator of the year in 1987 and a presidential award nominee for Washington state Mathematics and Science educator of the year in 2012.

Mr. Ahmed has had the privilege of working with students from a wide range of backgrounds, including his initial teaching in his home country of Pakistan at Gomal University in a northern city D. I. Khan. In the United States, he has taught within the Northern Cheyenne Indian Reservation, to his most recent college and high school service in suburban Washington state. During his career, he was actively involved in promoting mathematics education and continues to serve as an active participant of Educational Testing Services AP Calculus program. Mr. Ahmed knows that access to affordable education can be the catalyst for success among hard working and talented students and it is his goal to see more outstanding students achieve their dreams with the Balkhi Foundation. 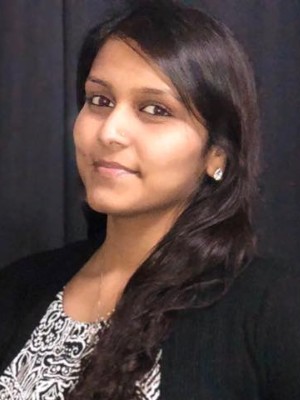 Sameen is a certified elementary education teacher and a recent graduate from Florida Atlantic University. Sameen has had the privilege of seeing education from many sides – as a recent immigrant and English learner in Elementary school, as an honors student in high school, as a college graduate, and most recently as a teacher. Since childhood, she has been passionate about helping others to succeed in education, from tutoring family members to mentoring younger students to ensure they succeed. As Sameen transitions to leading her own classroom, she wants to carry forward the same lessons that led her to succeed – hard work, perseverance, and a continued mission to reach for the skies.

As a recent college graduate, Sameen knows the unique financial challenges faced by university students – many of whom are financially independent for the first time. As an active part of the Scholarship committee, Sameen is passionate about providing aide to those talented students who need it most. Through the Balkhi Foundation, it is her goal to acknowledge students passionate about their education and facilitate their success.

Meet Our Scholars
Meet the highly talented students that we are honored to call Balkhi Scholars. Each and every one of these students have demonstrated exceptional skill and achievement both in and outside of the classroom.
Learn More

Donate to Fund a Scholarship
All donations to the Balkhi Foundation go directly to funding the Higher Education Scholarship and our Technology Training Grants. Every dollar you donate gets a student one step closer to educational excellence.
Donate Now
Subscribe to our newsletter and get education
resources delivered to your inbox.
Higher Education
Scholarships
Learn More →
K-12 Technology
Grants
Apply Now →
Want to help?
Donate now.
Donate Now →